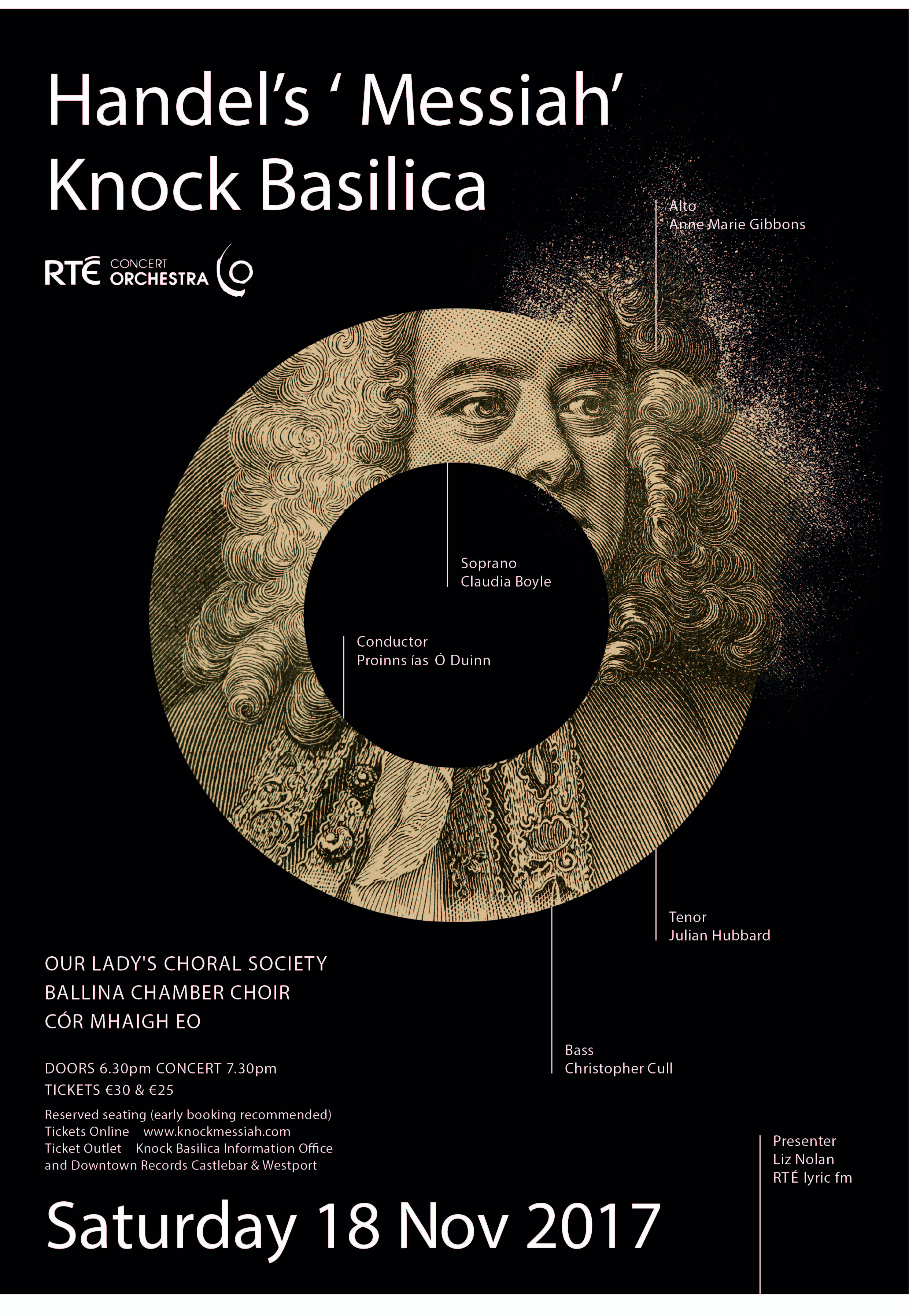 HALLELUJAH! Messiah to be performed at Knock Basilica for the first time

The trumpet shall sound on 18th November in Knock with the Basilica’s inaugural performance of Handel’s Messiah, the world’s most famous and beloved oratorio, renowned for stunning choruses and arias. Following last year’s sell-out performance of the Concert for Peace, attended by the President of Ireland Michael D. Higgins and Sabina Higgins, Knock Basilica is delighted to announce the return of the RTÉ Concert Orchestra to present Handel’s ‘iconic’ Messiah.

Featuring the RTÉ Concert Orchestra conducted by Proinnsías Ó Duinn, with a 180-strong choir and an incomparable line up of international soloists, this will be a sensational evening of delightful and thrilling music making.  A former member of the Salzburger Festspiele’s prestigious Young Singers Project, Soprano Claudia Boyle has dramatically raised her international profile in recent seasons through highly acclaimed performances in Zurich, Rome, London, Berlin and New York.

International Tenor Julian Hubbard’s engagements take him from Dublin to the Edinburgh and Aldeburgh Festivals, Brussels, Montepulciano, Stuttgart and to the Wigmore Hall London.

Mayo-born and based Anne Marie Gibbons appears regularly with both the RTÉ Concert Orchestra and the RTÉ National Symphony Orchestra. She is a former English National Opera Company Principal and her many international credits include performances in Paris, Adelaide, Lausanne and Covent Garden, London.

Northern Ireland bass Christopher Cull is an alumnus of Queens University Belfast, The Royal Irish Academy of Music, the Guildhall School of Music and Drama and the National Opera Studio London. Appearances include London, Dublin, Belfast and Aberdeen.

Our Lady’s Choral Society was founded in Dublin in 1945 and in its annual performances appears regularly at the National Concert Hall with the National Orchestras.  The coming together of OLCS with members of the Ballina Chamber Choir and Cór Mhaigh Eo will create a 180-strong choir to raise the roof of the Basilica in the breathtaking choruses, such as the Hallelujah and the great Amen.