The Story of the Gable Wall at Knock

A new plinth containing a piece of the original stone from the gable wall of Knock Parish Church, where the Apparition was witnessed in 1879, has been erected outside Knock Basilica. 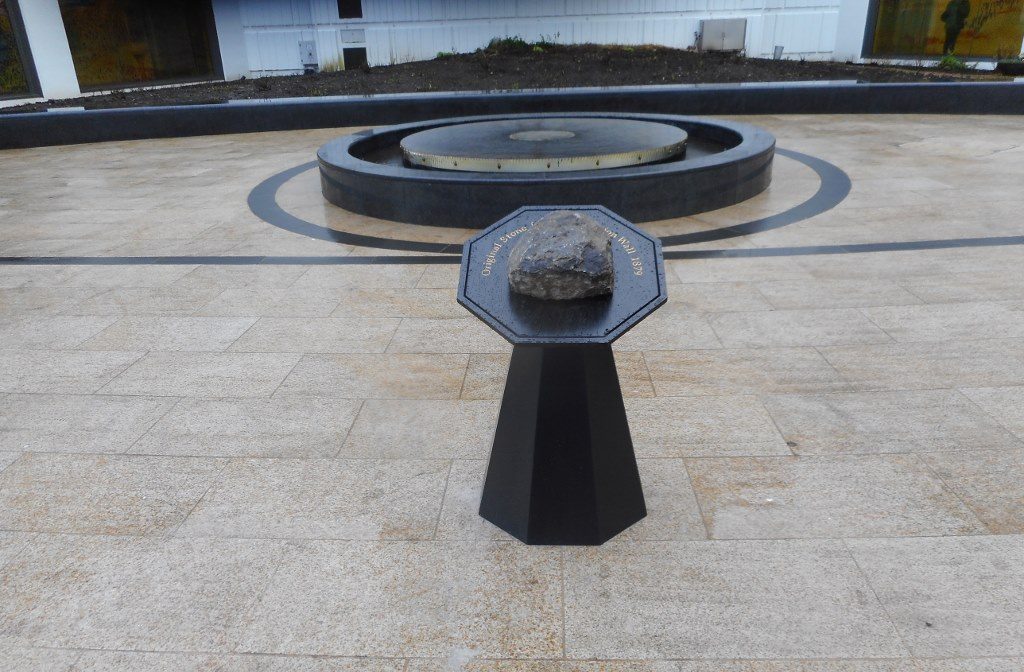 For years, pilgrims have paused to pray at the stone which was placed outside the Apparition Chapel (now temporarily covered over for  refurbishment works).  The stone has played an important role as an everyday ritual of visiting pilgrims and also in shaping the unique history of the Shrine.

Early images of the Shrine show the Parish Church, small and rudimentary but adequate enough to meet the needs of the small parish, such as Knock was in 1879. This unremarkable place suddenly became a place of renown after reports of the Apparition spread in August 1879.

This part of Knock’s history is well documented in newspapers but also in Archdeacon Cavanagh’s ‘Diary of Cures’, a collection of letters dating from 1879-1880, received from people claiming to have been blessed with a cure. The cures were always attributed to Our Lady, having procured either the old stone from the gable wall or water blessed at the site. 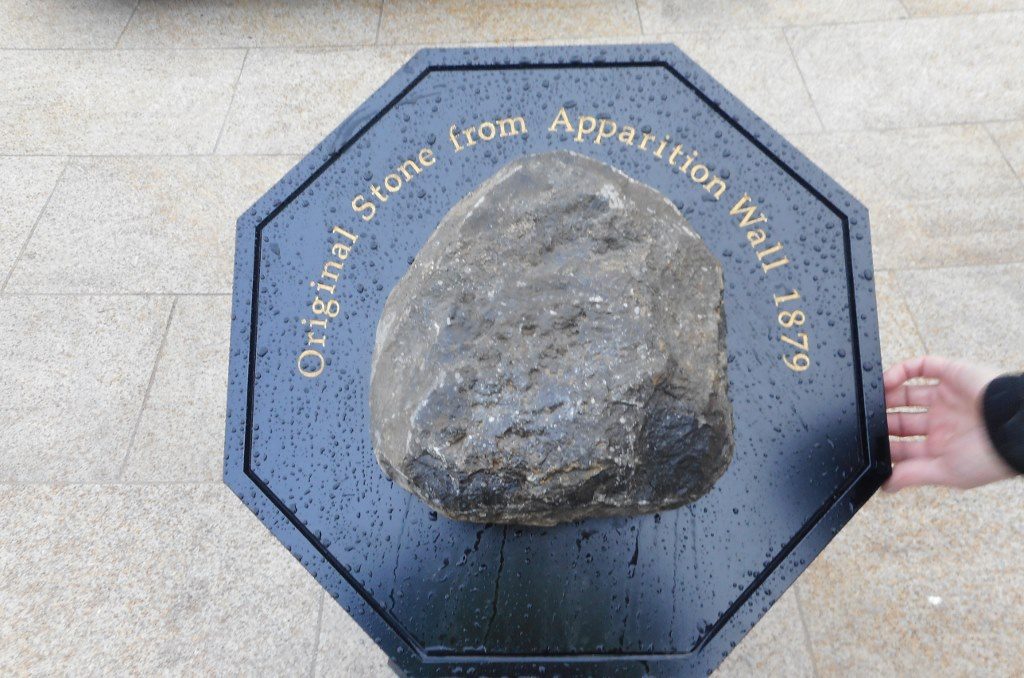 There was such a strong demand for the original stone, after a time concerns mounted over its safety and preservation. At this point, Archdeacon Cavanagh was obliged to have the gable wall covered to avoid its complete demolition.

Today, Knock is still regarded as a place of healing, where people come for solace, to pray for emotional pain they have encountered. The gable stone is still very much a part of the healing. Pilgrims are often observed pausing for a silent moment of prayer at the gable wall. We, as pilgrims often seek something tangible to describe or in some way help us to practice our faith, whether it be holy water, blessed rosary beads or the gable stone, we look for this need to be met as part of our personal encounter with God.

The award-winning Knock Museum is a great place to find out more about the ‘Diary of Cures’ and an interactive screen allows visitors to browse through this amazing collection of letters.