Stations of the Cross Blessed by Archbishop Michael Neary

The Stations were the final touch to the church interior which was completely refurbished in 2016. The work was undertaken by Westport-based artist Ger Sweeney and took over eighteen months to complete. Each Stations is a large piece of artwork (over two metres square) and painted using oil paint on raw linen fabric, mounted on bespoke stretchers.

Commenting on the new Stations, Fr Richard Gibbons said: [blockquote animation=”” author=”” ]The task of creating the new Stations of the Cross was one that we took our time with and put a great deal of thought into. It wasn’t a project to be rushed as it was so important to get it right. There were a lot of practical elements to consider such as the lighting, fitting in with the church interior and the Mosaic but also in providing pilgrims with one of the most important elements of our faith, the representation of Christs final journey. The Stations are performed every day at the Shrine and is a very personal aspect of pilgrimage and for the contemplative engagement of pilgrims.[/blockquote] 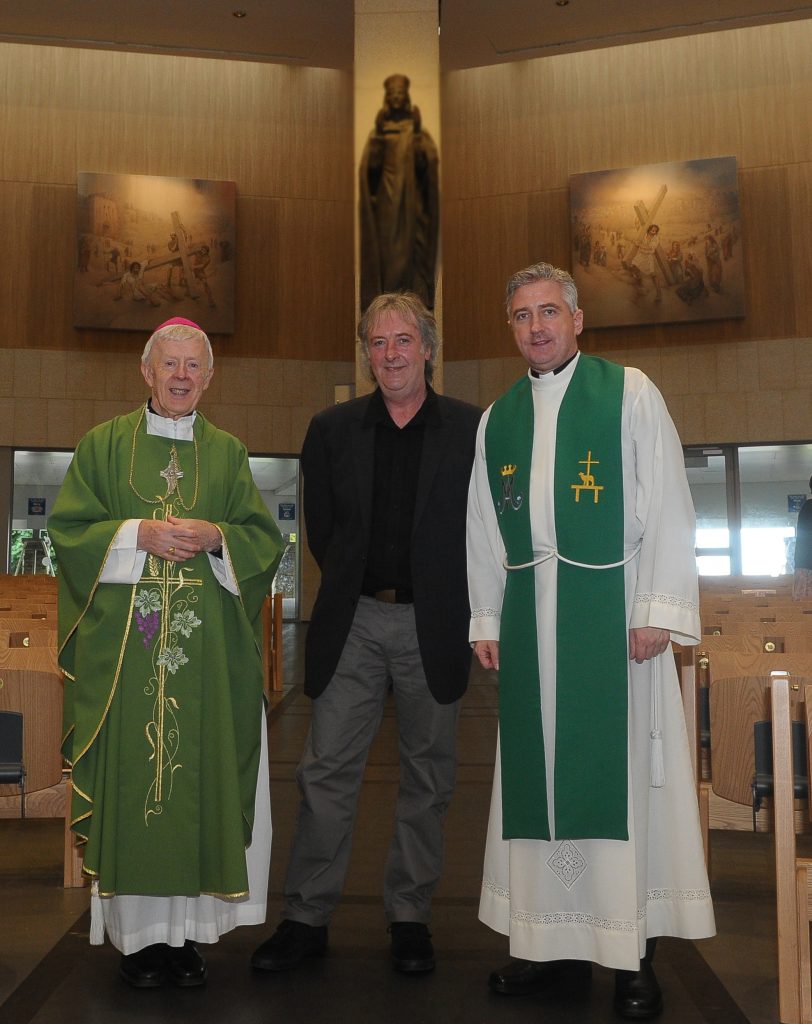 Ger Sweeney was selected from a number of other artist who had also applied for the commission. All of the finished works are based on his proposals showing the visual narrative, composition and proposed colours of each Station.

The artist advised that his visual references for the series are many and varied, but primarily inspired by the great Classical tradition, and especially by painters such as Rembrandt van Rijn, Delacroix and van Dyck.

Archbishop Michael Neary delivered the Homily at the Sunday Mass stating: [blockquote animation=”” author=”” ]Here at Knock the Stations of the Cross are central to a pilgrimage. This is very appropriate in view of the experience which pilgrims have of following Christ’s cross day after day.  The Stations of the Cross provide pilgrims with an opportunity in the peace and quiet and comfortable surroundings of the restored and renewed Basilica to follow Christ on his way to Calvary in a reflective and very prayerful environment.[/blockquote]

Read more about the Stations here. 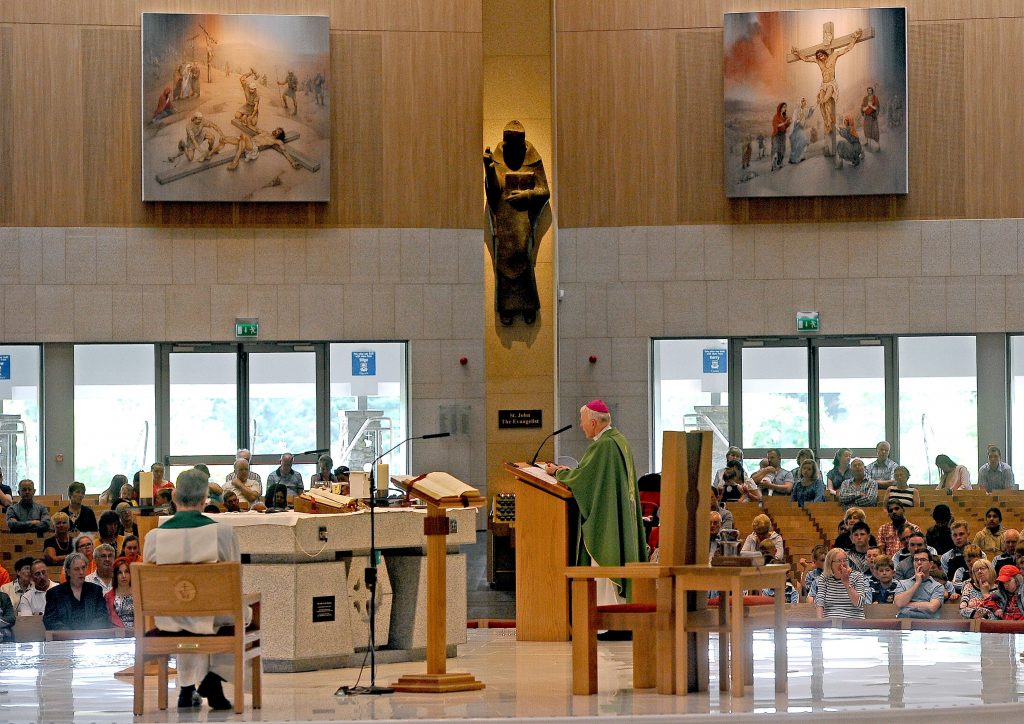 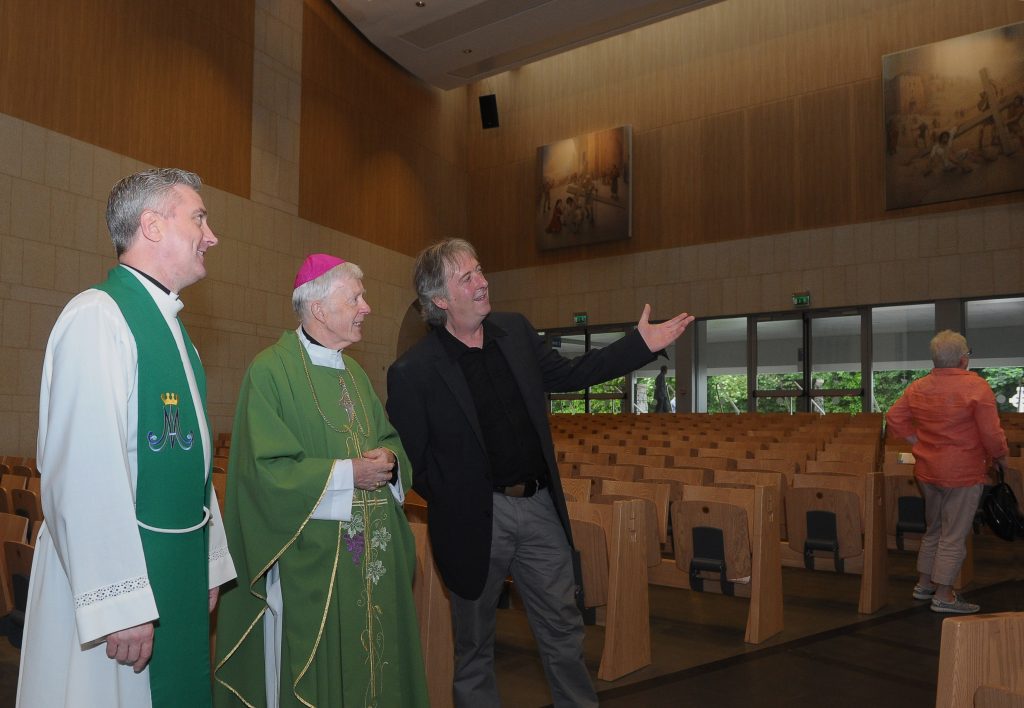