Jesuit Week will begin on the evening of the 24th of July and will end on Sunday 31st of July.

We are delighted to announce that Jesuit Week is returning to Knock Shrine this year. Jesuit Week has been a part of the programme at Knock Shrine for the past number of years and is always a wonderful and inspiring week.

We are pleased to advise that each session will be available to attend in-person and will also be live streamed on the Knock Shrine Facebook page and on our website here.

Please see details of the daily programme below. 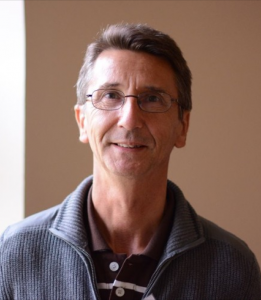 The retreat will be led by Ashley Evans SJ. Ashley Evans joined the Jesuits in 1980. After training as a teacher at Coláiste Iognáid in Galway, he spent two years with Jesuit Refugee Service in camps in Thailand where he learnt to speak Khmer. After ordination in 1992 in Gardiner Street, Ashley returned to Cambodia where he spent the next twenty-seven years. As well as ministering in parishes, Ashley taught Mathematics and Philosophy to trainee teachers at the Royal University of Phnom Penh and ran church hostels for poor students from rural areas. After twenty years living in Phnom Penh, he became the first Director of Xavier Jesuit School in Sisophon in the rural North-west of Cambodia. He spent his final two years in Battambang looking after the students at the Tep Im Centre and teaching at the Battambang Teacher Education College and the Buddhist University there. Ashley joined the Manresa team in March 2021.

Jesuit Week will open with an introduction on Sunday 24 July at 8.30pm in the Apparition Chapel.

3 sessions per day with celebration of the Eucharist at Midday:

Finishing on Sunday 31st July with Mass at 10.30am in the Basilica

We are delighted to announce that the National Novena will take place twice daily at Knock Basilica from August 14th to 22nd 2022. There will be two sessions daily, at 3pm and 8pm.

Find out more on our dedicated Novena page.

On Sunday,  August 21st 2022, we will host a family day where children and families can join in a range of fun activities in the beautiful grounds of Knock Shrine.

All events and activities are free of charge and take place on the beautiful grounds of Knock Shrine, close to the award-winning Knock Museum and cafe.

There will be outdoor activities taking place on the green (weather permitting) and marquees with indoor workshops, games and more.

Don’t miss this special day of memory making and fun for everyone to enjoy.