Friends of Knock Shrine will be delighted to learn that Knock Parish Church and Apparition Chapel are now open to the public following a complete refurbishment. 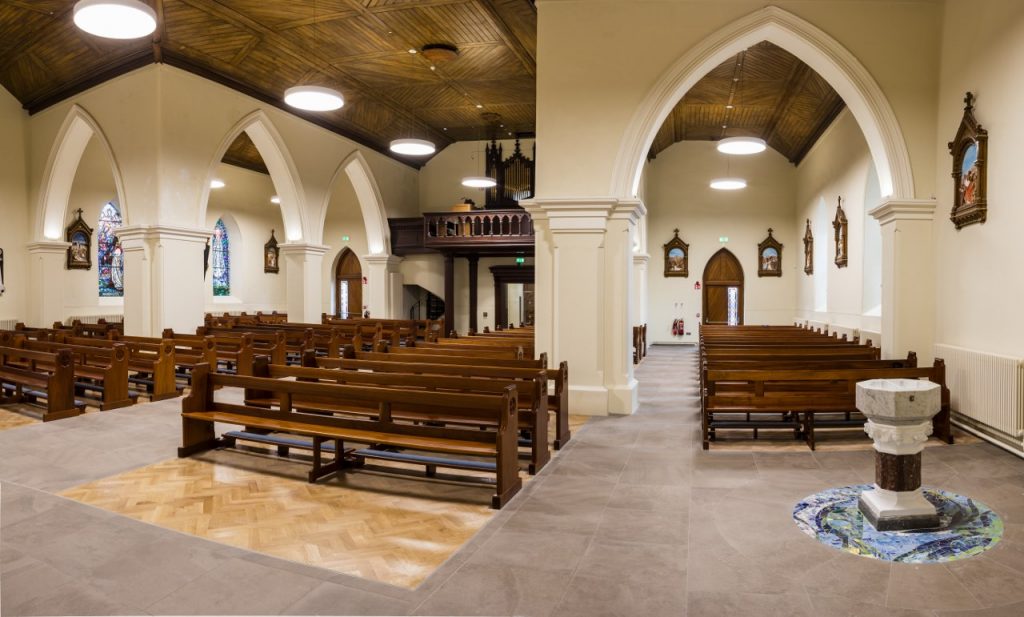 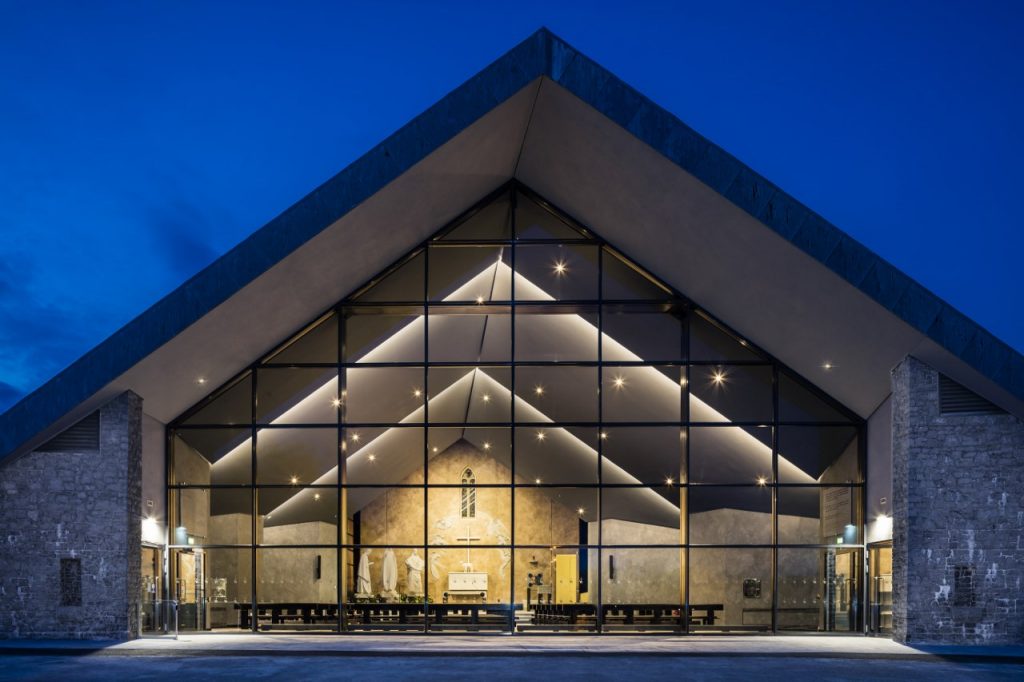 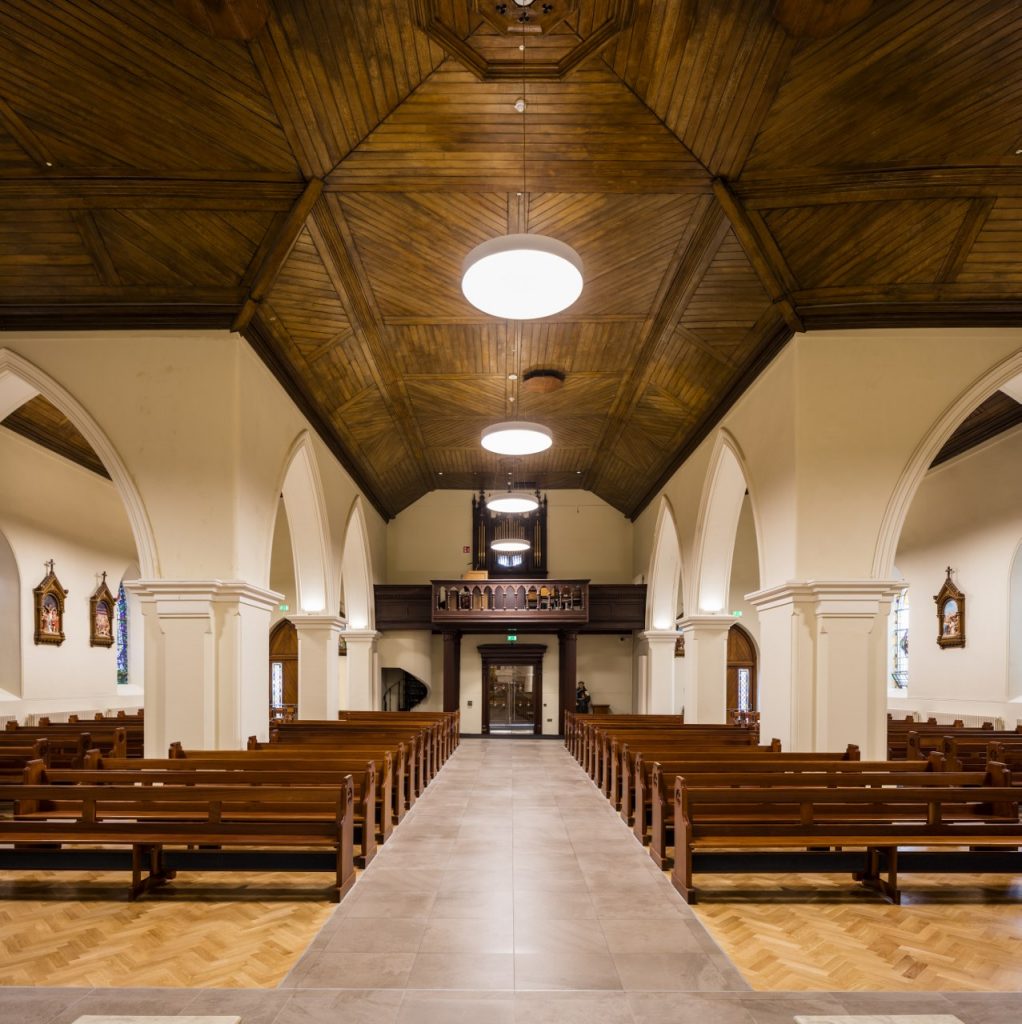 After a long spell of closure, parishioners and pilgrims at Knock were delighted to finally be welcomed back to their beloved Parish Church which reopened to the public on Friday 18 May.

The opening was greatly anticipated, particularly over the past number of weeks as visitors began to descend in the Shrine at the start of the pilgrimage season. Both the church and Apparition Chapel have been closed since October last to make way for complete refurbishment.

The Parish Church has a special place in the hearts of many. Its prayerful, peaceful atmosphere makes it not only the oldest, but also one of the most important places in Knock for parishioners and pilgrims alike. It is here that the 15 witnesses worshipped at Mass and where many of the early pilgrims to Knock gathered in throngs to pray and to see the sacred site of the Apparition.

The interior has been successfully refreshed and modernised in practical terms while also ensuring the preservation of all the beautiful historic features.

The fine mid-19th century Stations of the Cross have been gently cleaned so as to best display the delicate original colours and modelling. These Stations have been in situ in the church since 1910 after being donated by Marie and Thomas Kearns from Lispatrick, Knock. They have been professionally cleaned by sculpture and stone conservator Eoghan Daltun.

Seating has all been retained and refurbished with designated wheelchair seating areas included as well as gentle ramping at the entrance porch. 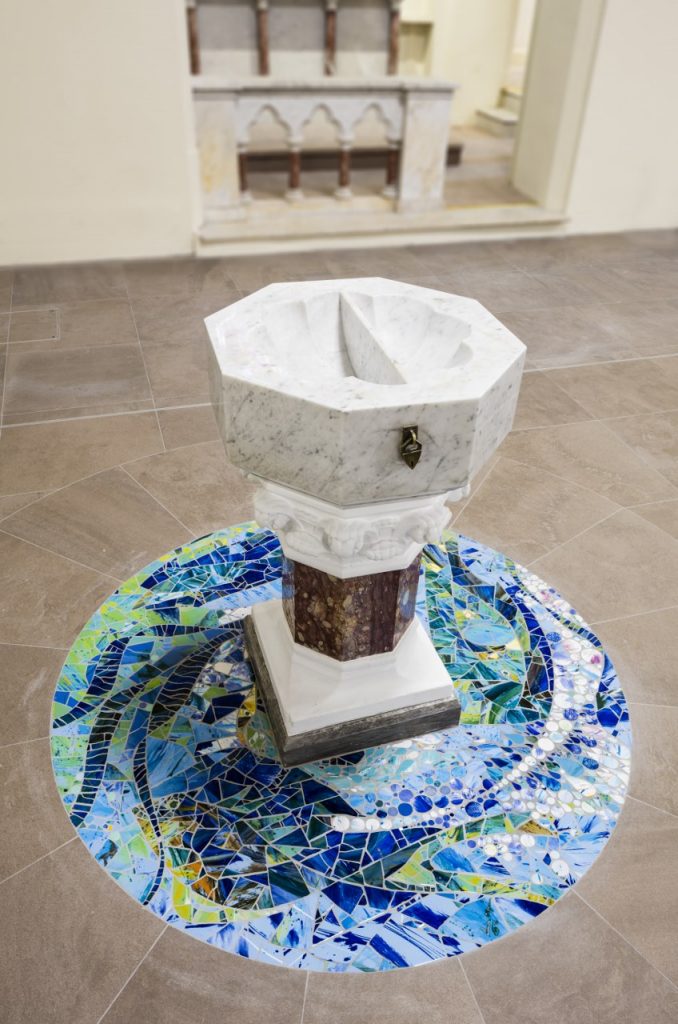 The high altar in the Parish Church is one of the oldest features, dating back to 1880 when it was presented as a gift during a pilgrimage from Cork. The Baptismal Font has been relocated from its previous location near the main entrance to a new more prominent position beside the sanctuary, the floor surrounding the font includes a circle of mosaic on the theme of water, Christian symbolism and spiritual renewal. The colours of the mosaic were chosen by the artist, Laura O’Hagan to relate to the wonderful colours in the nearby stained glass windows.

The iconic church tower was repointed and the entrance porch given a contemporary feel with new sleek glass door adorned with the lamb and cross emblem which is so strongly associated with the Shrine.

The Shrine, or Apparition Chapel now has new glazing on the exterior in order to give pilgrims maximum visibility (from outside) of the Apparition Gable.

The white marble tableau representing the Apparition scene of Our Lady, St Joseph, St John the Evangelist with the Lamb and Angels was gently cleaned and new seating installed.

Other improvement were of a technological nature as the project also included an upgrade of the internal workings of the Shrine. This means that pilgrims will now be able to watch Mass from both the Parish Church and Apparition Chapel online via the Watch page. 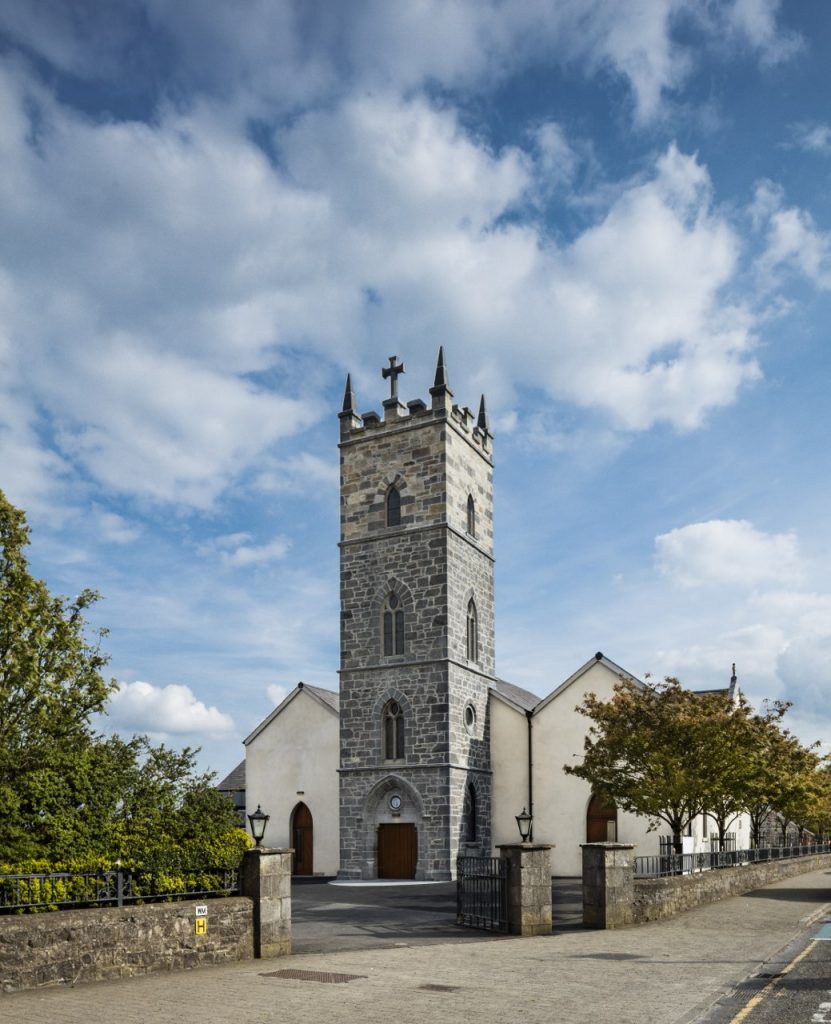 The iconic church tower was re-pointed and the entrance porch given a contemporary feel with new sleek glass door adorned with the lamb and cross emblem which is so strongly associated with the Shrine.

The Shrine, or Apparition Chapel now has new glazing on the exterior in order to give pilgrims maximum visibility of the Apparition Gable. The white marble tableau representing the Apparition was gently cleaned and new seating installed.

The pilgrimage season began in April and the Shrine has been welcoming organised pilgrimages every weekend as well as daily coach tours from all over the world.  All the services at the Shrine are available on a daily basis including anointing the sick, daily Mass, confessions, Stations of the Cross and Prayer Guidance.

Young families coming to Knock can take a visit to the award-winning Museum, followed by lunch at Café Le Cheile. The HUB run by the Youth Ministry offers a drop-in centre for young teens and also a kids club for children.

Groups coming to Knock can avail of a free guided tour of the beautiful grounds which are spectacular during summer months, or enjoy their own private Mass in the Apparition Chapel. The Shrine Bookshop, also open daily is a lovely space to browse and take in the wonderful collection of books on a broad range of faith-related topics.

A free shuttle bus is available daily for those that require mobility assistance. Disabled parking and toilets are also available in the Shrine grounds. Wheelchairs can be hired from St John’s Rest & Care Centre.